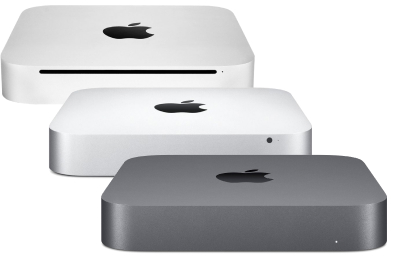 The Apple Mac mini is an entry-level computer intended for budget-minded customers, described by Apple CEO Steve Jobs at the time as "the cheapest, most affordable Mac ever". The most notable feature of the Mac mini is its size, the original design measured only 2.0x6.5x6.5 inches.

The original Intel-based Mac mini used 667 MHz DDR2 SDRAM, while models starting with the early 2009 revision use 1066 MHz DDR3 SDRAM. From the 2011 revision onwards, the Mac mini supports up to 16 GB of memory. While all versions of the Mac mini up to and including the 2012 revision supports user-upgradeable memory after purchase, the 2014 model does not, because the memory is soldered to the logic board.